How the Columbus Foundation Advanced Social Entrepreneurship with Emily Savors

“So it started right at the end of 2008, which was the start of the Great Recession. We became concerned that nonprofits were facing unfavorable year ends with giving decreasing, so we decided to step in… and basically help non-profits generate revenue streams.”

The Columbus Foundation was founded in 1943, and are celebrating their 75th year next year. Their mission is to assist donors and others in the area to strengthen and improve the community for the benefit of all. Consider them the community’s philanthropic advisors.

Social entrepreneurship wasn’t the buzz word in 2008 that it is today. At the time, the idea was to help considerable, established charities such as the Salvation Army. At the time, they thought it would just last a couple of years, but then the recession lingered on.

And their understanding of social entrepreneurship continued to evolve.

Who are these social entrepreneurs?

What Emily found was that it wasn’t just prominent organizations adding revenue streams to support other areas of their charity. Small social enterprises started showing up that were standing on their own. For example, Lettuce Work is a small venture growing lettuce… with the purpose of employing those affected by autism. They seek to break even – it’s not about funding a different part of their charity… the work itself supports its social mission.

And then they helped a local furniture bank expand their mission and developer their store called Furniture with a Heart, a shop which helps to fund their mission to provide furniture to those in need. They now have a service called “Downsize with a Heart” that helps elderly and others downsize… providing service across the board, both social services, and moving and sorting, so that individuals can cut down the number of people and organizations someone needs to work with to get help.

Not all are small, either.  The Columbus Foundation helped Equitas Health to build a pharmacy — a health organization which started an HIV/AIDS program but has since expanded far beyond that.  Equitas Health is nation’s largest HIV/AIDS, lesbian, gay, bisexual, transgender, and queer/questioning (LGBTQ) healthcare organizations. With 15 offices in 11 cities, it serves more than 67,000 across the mid-west.

What’s in the bigger picture?

“The odds of a food pantry or homeless shelter figuring out how to do a social enterprise is small.”

But at the same time – the grant process for a non-profit depends on timing and availability. When it comes to a social enterprise, the Emily learned that they don’t operate on a schedule, so that their grants needed to be flexible as well. So they built up a mission that provides support as needed. Because these opportunities tend to have a path to self-sufficiency and are fewer in number, it’s much easier to fund most of the sound opportunities that approach the foundation.

Going forward, the Columbus Foundation is planning on launching a service in 2018 for impact investing, so they can make loans to social enterprises or non-profits that can pay back… to help with cash flow for organizations that have a route to earning money.

It was a real delight hearing about the work that Emily Savors does at the Columbus Foundation. It’s an exciting time for the city of Columbus, because the social entrepreneurship community is small enough that people know each other, and this has a huge benefit for people working together. And the Columbus Foundation is one of the pillars that helps serve an essential need in helping these businesses grow. 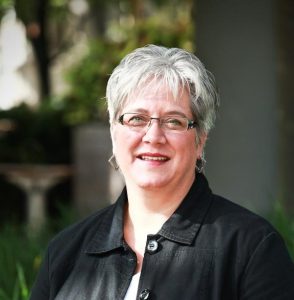 To find out more, you can visit: