An Unexpected Chill in Brussels

I have heard wonderful things about Brussels: it’s a nice modern city, easy to get around in and beautiful in the summer.

From London, you arrive in just a few hours on the Eurostar. No need for a long trip to the airport, flight delays, crowded seats or waiting for luggage. Granted, it’s probably cheaper to fly, but we weren’t in the flying mood and took the train instead, because trains are fun.

But how could we have known? It rarely dips below 20°C in Brussels, and there have only been two other days THIS CENTURY when it’s been that cold: January 9th, 2009 and three days after our visit on February 7th.

That may not mean much if you’re from Siberia, but we weren’t prepared for it, and when our train rolled into the station and we got off of our train, it really hit home what this mean.

Our hotel was conveniently far away (naturally). So we took a local train, and trudged our suitcase for some distance just to check in, drop off our bags, and return to the station… where we again had to wait in the cold for a train on an open platform with no shelter. Mind you, we only had one day in Brussels and we weren’t going to waste it. 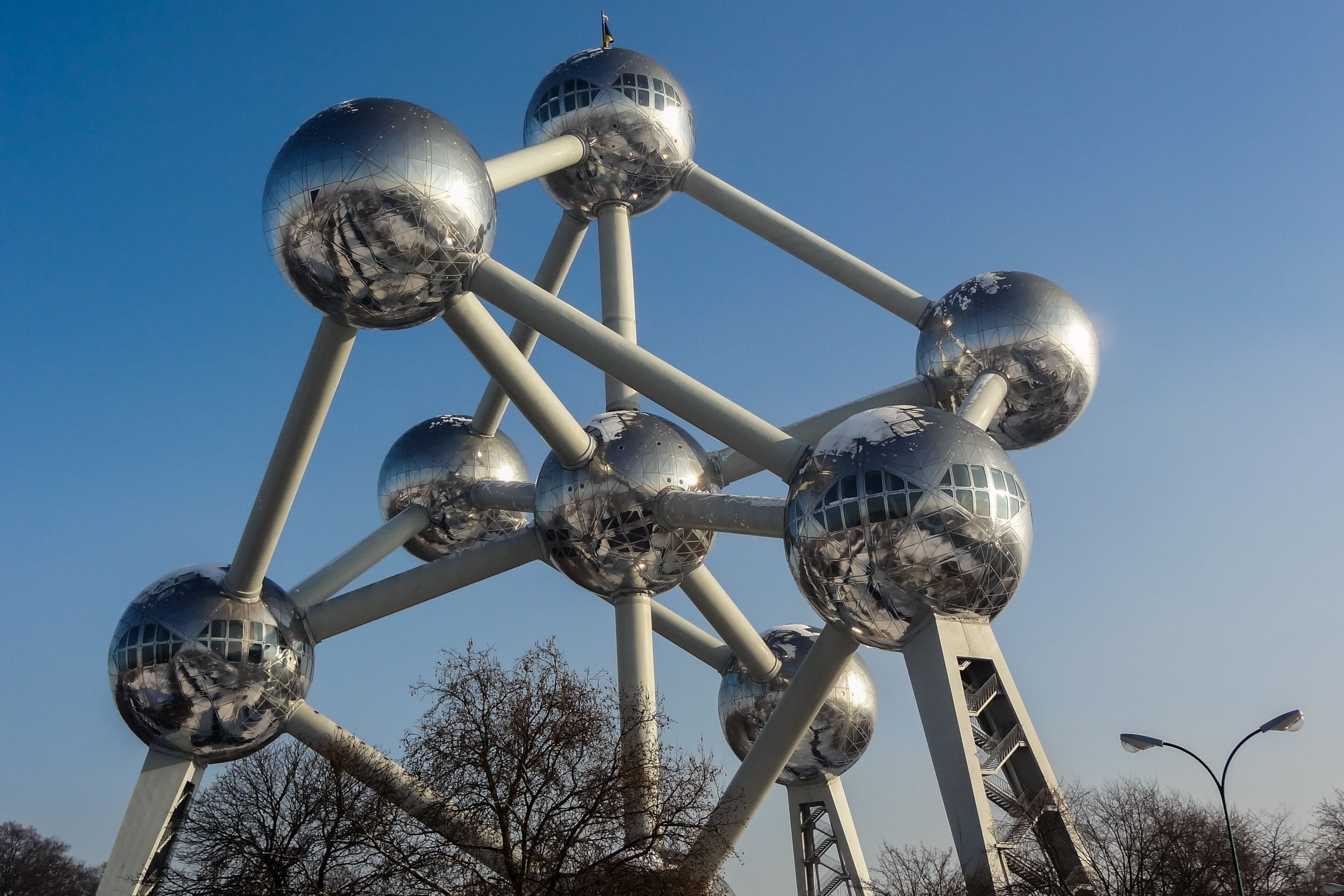 We made our way to the atom structure building, aptly named “The Atomium”. It was built in 1958 for the World Fair. The building symbolizes the atomic structure of iron, but when it was first built, it was clad with Aluminum… only to be replaced with a more sensible plating (stainless steel) in 2007. Our favorite part was standing inside out of the cold. 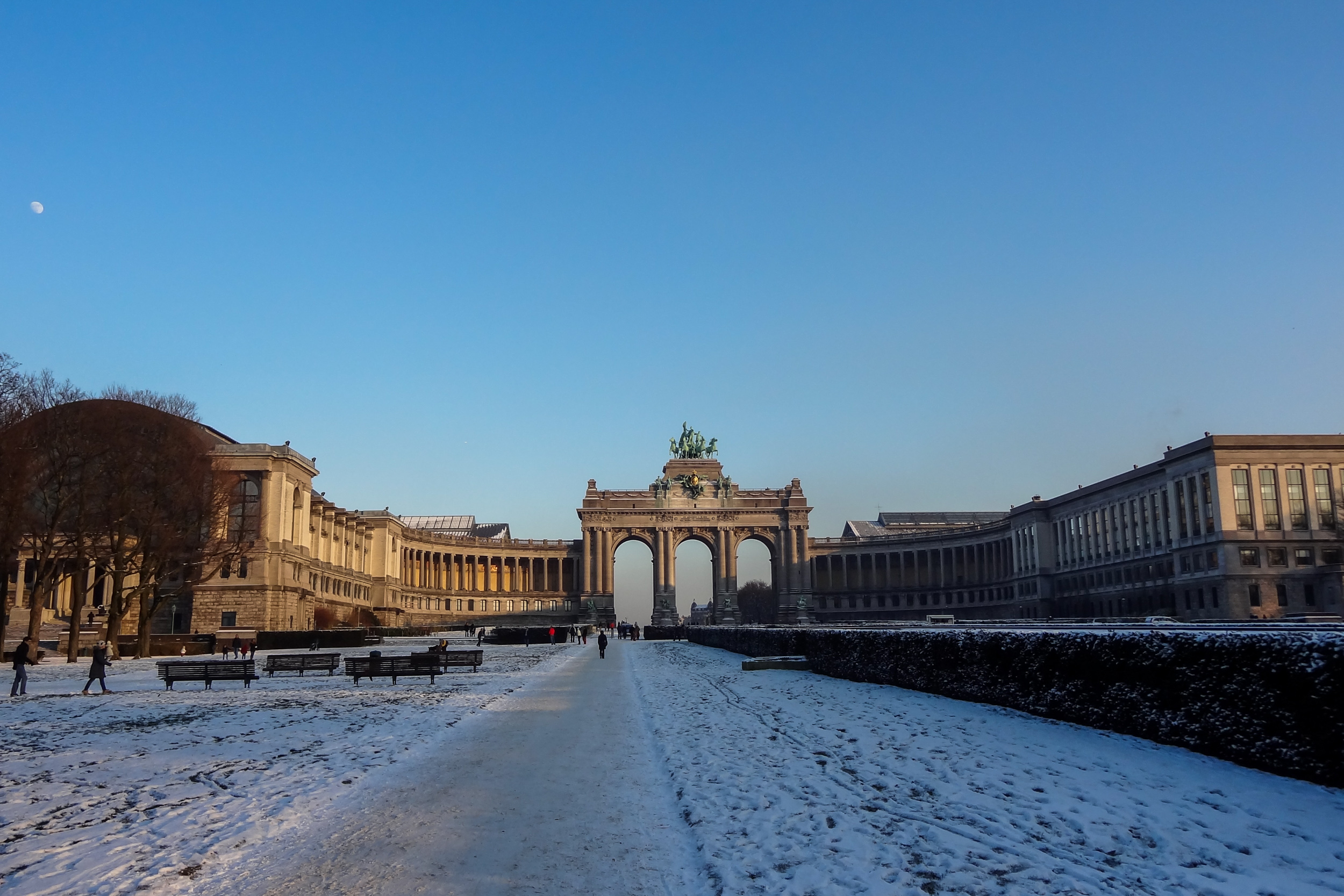 We didn’t stay long, and quickly marched over to the Belgian’s Arc de Triomphe (Paris isn’t the only city to triumph), but unfortunately there was no indoors… so we hurried back to town, keeping our heads down and the scarves around our faces to avoid the bitter wind. We would have smiled from amusement of our hands being frozen stiff, but our faces were frozen too. 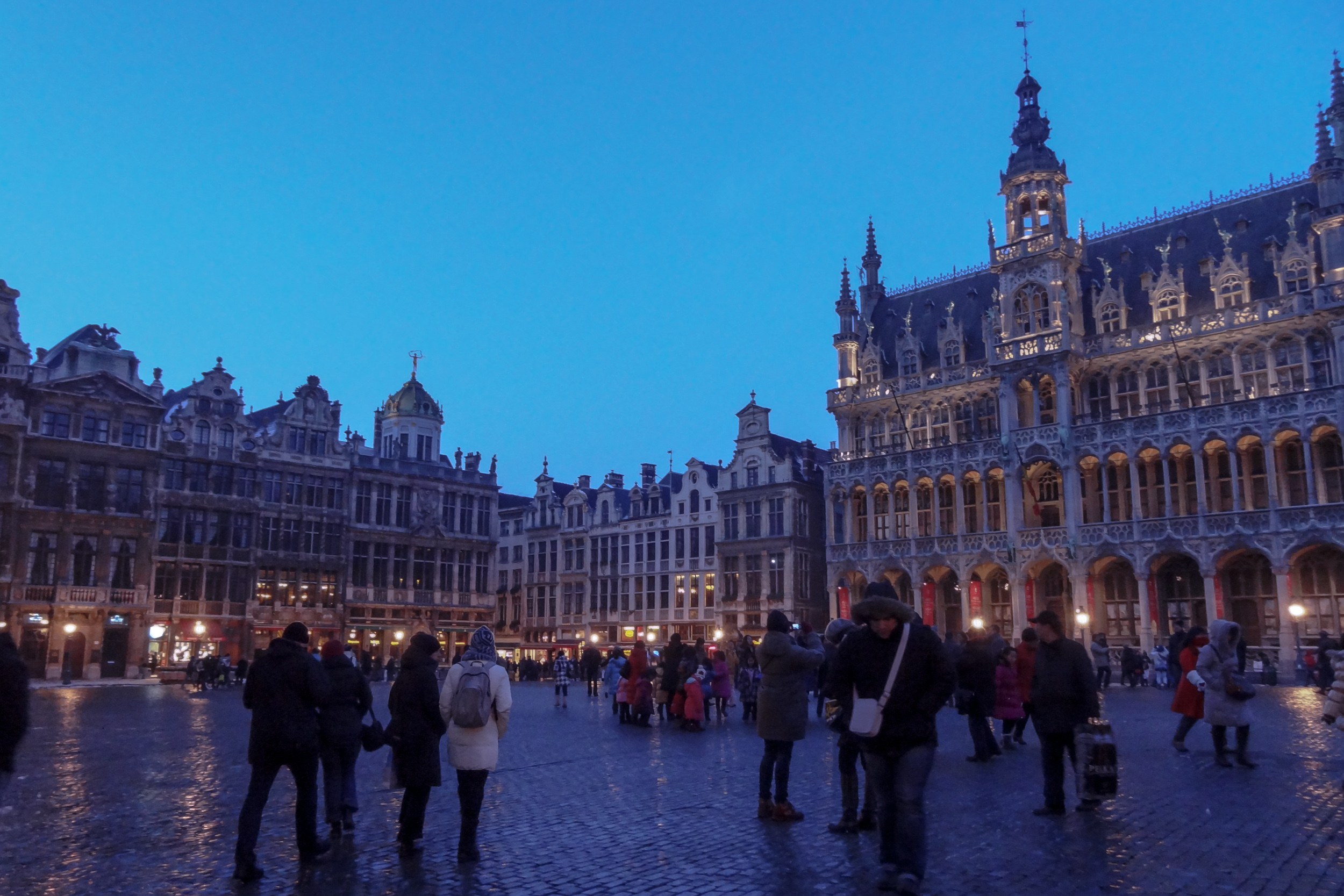 By this time, the sun was setting, and we walked quickly past the cathedral, and took a quick (but blurry) picture of the Manneken Pis statue. If you think it’s a bit weird for a city to herald a naked boy taking a piss as a cultural, we share your confusion. The legends about the origin of the statue range from a young lord urinating on the fuse of explosives and saving the city from invaders, to a boy getting lost and found after a citywide search discovered him in a garden watering the flowers. We’re still confused. 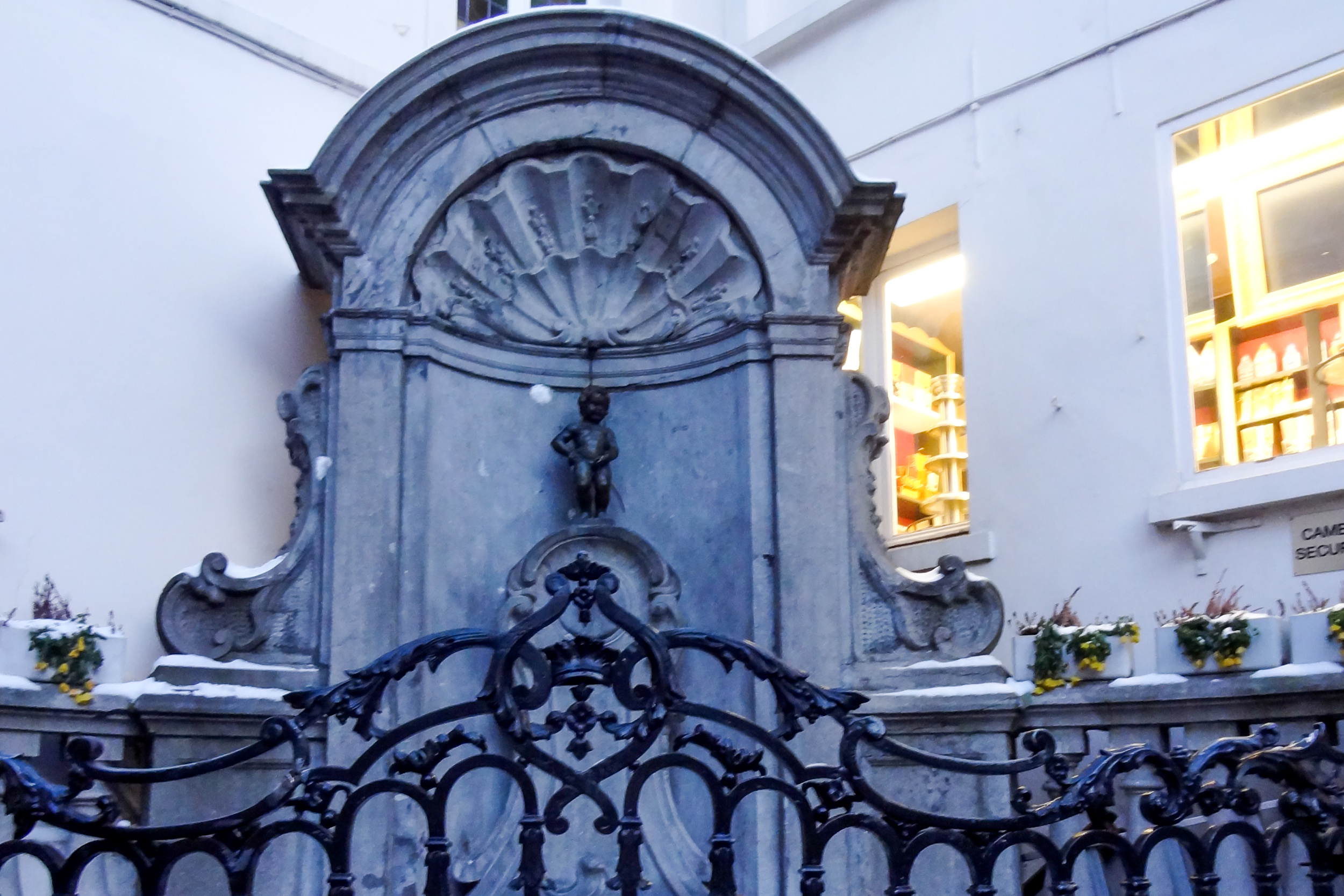 At the time, we were disappointed (it’s a small statue), and the fountain wasn’t even turned on. (Water, like us, freezes below 32 °F.)

By this time our limbs were frozen into solid ice, and we were probably sinking into thermal shock, so we made our way to an Italian restaurant for a dinner. Only the restaurant was saving on their heating bill, and was barely any relief… especially since we had to return to the cold and stand on that open air platform to get a train back to our hotel. 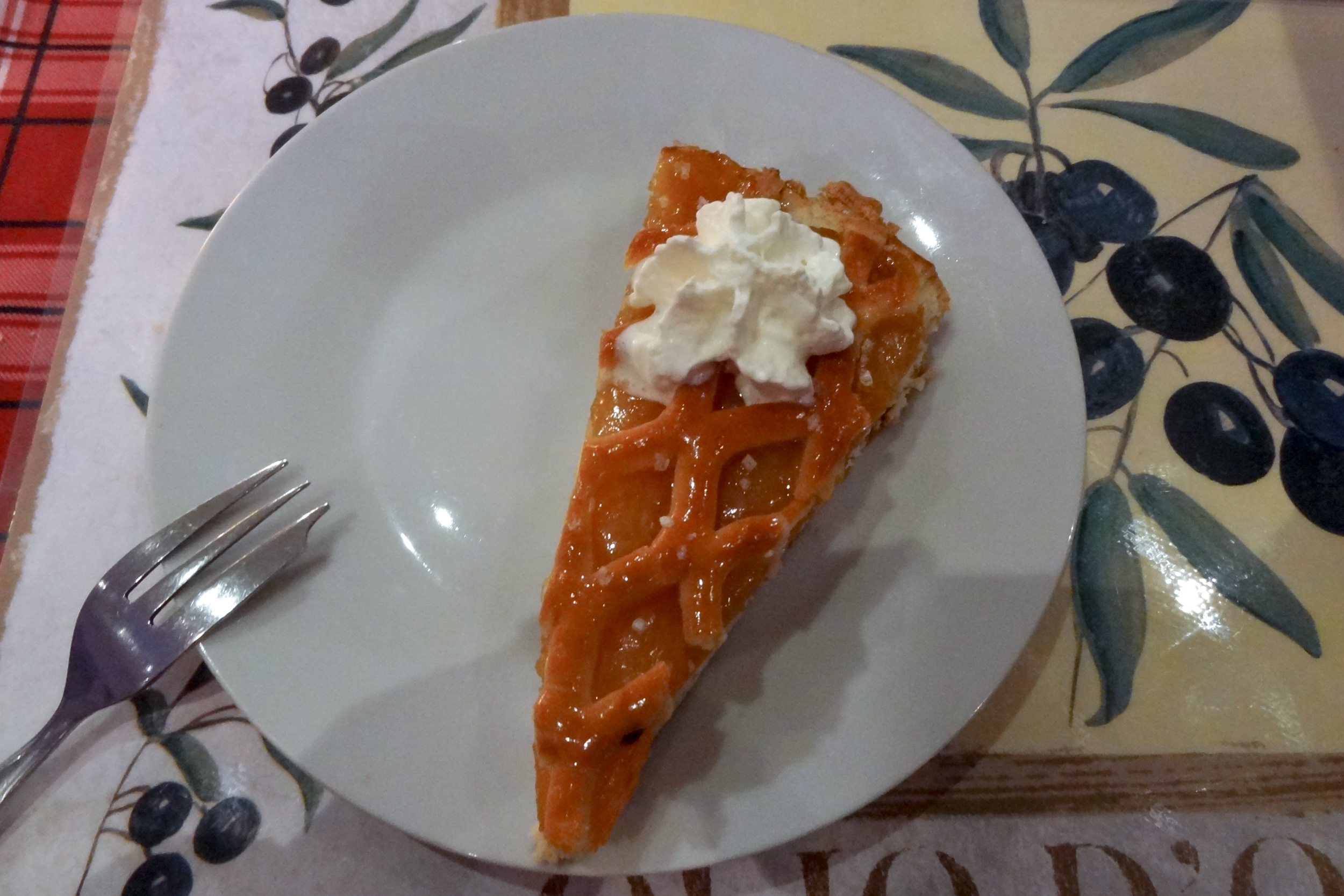 The hotel was warm, and we were proud (or delirious) that we ticked off our bucket list, and even more ecstatic that we had survived the coldest day of the year. We were up again at 6 am to check out and catch our train back to London.

I’m sure Brussels is a lovely city. Maybe one day we’ll return when it’s not the coldest day of the year. 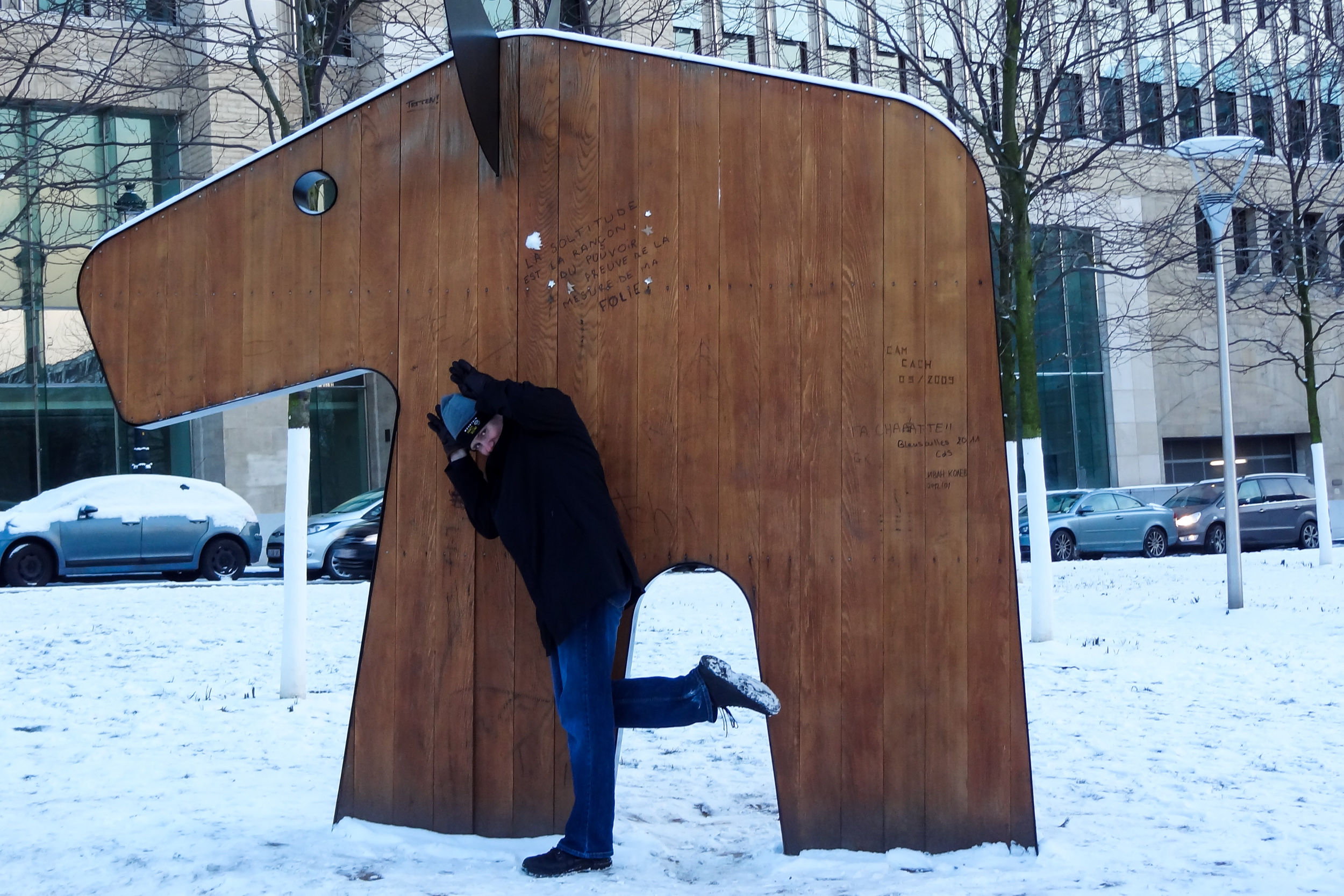 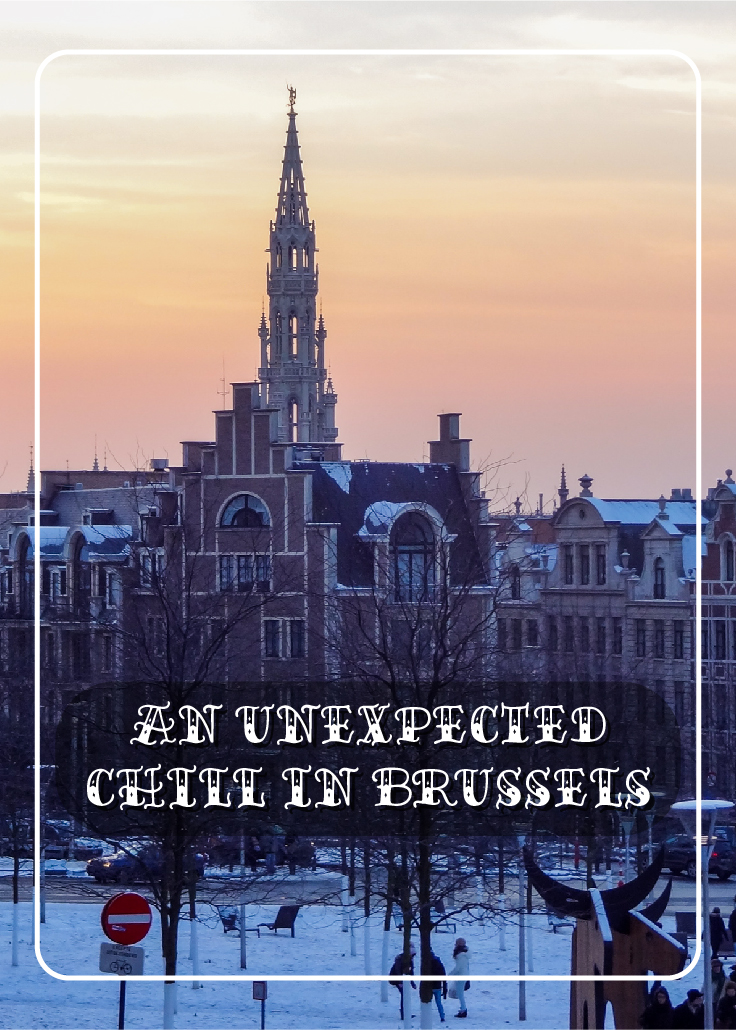 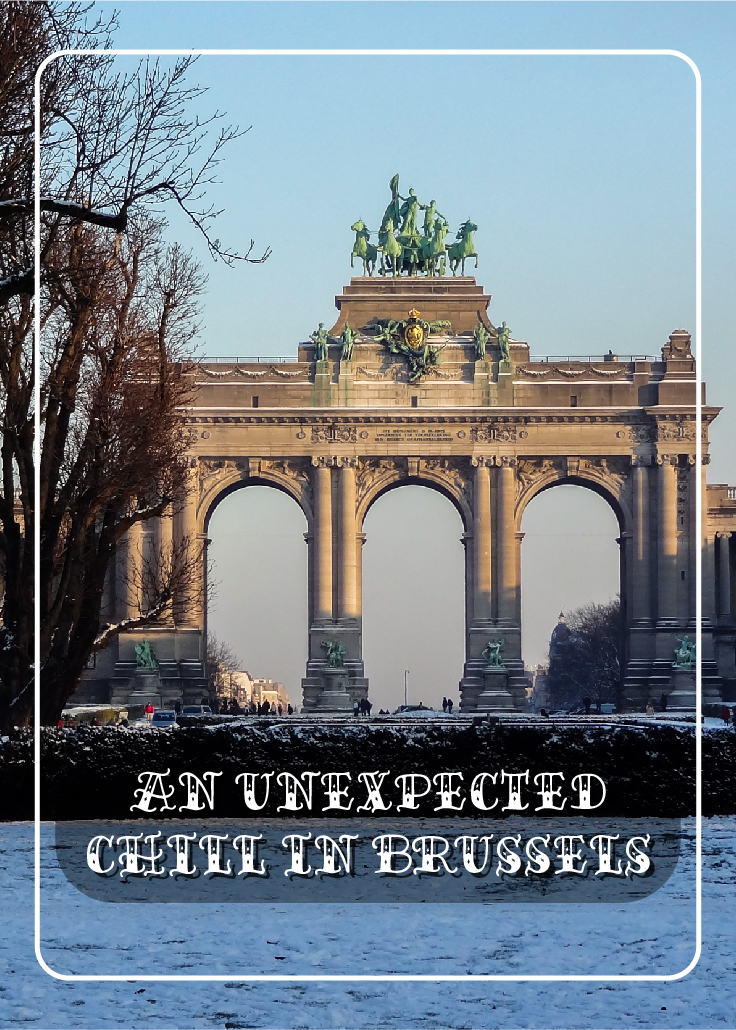 2 thoughts on “An Unexpected Chill in Brussels”