How to Get The Perfect London Night Shot

I love photography – and have been snapping shots since my first digital SLR in 2004. (Well, before that I shot some 20,000 photos on whatever digital camera I could find.)

There are 15 minutes, at the end of day (probably at the beginning too, but I’m not an early riser), when the light is perfect for photography. The contrast between the sky and the landscape leads to some amazing photographs. Ansel Adams was famous for capturing this with his black and white photos and is still the best-known photographer. He is also the photographer’s curse, for the rest of us now must also rise at sunrise or step out at sunset to capture this “gold-standard” of lighting.

Even after the 15 minutes are over, long-exposure night shots are fun. They capture movement in streaks, and gives otherwise static photos a sense of movement.

My first SLR photography class was a Groupon deal for a tutorial on the Thames River in London – just at the end of the millennium bridge opposite of St. Paul’s Cathedral. We had a group of 15, along with a professional photographer who guided us on how to use our digital SLRs.

There are three variables when you’re taking a photo: ISO (sensitivity to light), F-stop (how bit the hole is that lets in the light), and the shutter speed (how long the hole is open).

For a night shot, the settings are pretty straightforward. You put your camera on a tripod. Set the ISO to 100 or 200 (which is where your camera is optimally designed to operate), and set the F-stop high (around F-16).

You want to maximize the depth of field when you’re shooting a landscape. (F-11 is a standard for photographing people, I’m not sure why, but it seems to work well.)

From this point, you’ve locked in two of the three settings on your camera, leading to one thing you can change: the exposure. So, you change your camera to shoot in manual and start adjusting your exposure.

Manual mode was always a big mystery to me, but it is not as scary as it seems: with a digital camera you get instant feedback after each shot. Plus, cameras have an indicator when the light is evenly balanced, so it’s easy to start in the right ballpark.

Hopefully you’re set up 20 minutes before sunset. There is an awesome app by the way, called “The Photographer’s Ephemeris” which tells you when the sun will set (and rise, and when the moon comes up, for any location on the planet, complete with directional lines of where your light source is relative to you. It’s awesome.)

And now you start taking photos. As the sun sets, you’ll notice your exposures increasing from 1/30th of a second, to 1 second, to 5 seconds, to 25 seconds. As it starts to approach 15–30 seconds, you’ll notice when the photos start popping with that oomph that grabs you.

Long exposures are fun. But when an exposure takes 30 seconds, you spend a lot of time just standing around.

With even longer exposures, you find yourself standing back and observing the world while your camera eats up light. You feel almost like your camera is a sheep eating grass, and you’re the shepherd.

People don’t seem to notice you in a city, and sitting there with your camera, you can sit back and watch all the people walking by. As you’re framing your shot, you notice details too  —  how architecture fits together, what the shapes of the buildings look like, where the cracks and impurities are… the world you see each day comes alive. All the things that you never noticed pop out in their beautiful imperfections.

And that’s all it takes to get started in nighttime landscape photography! 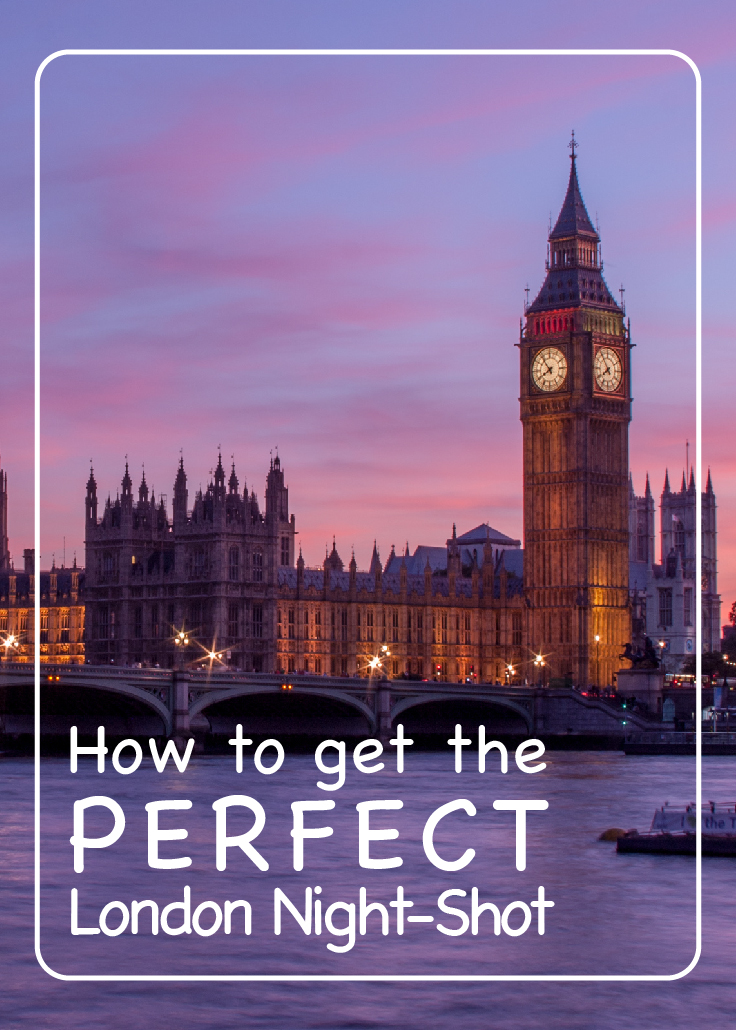 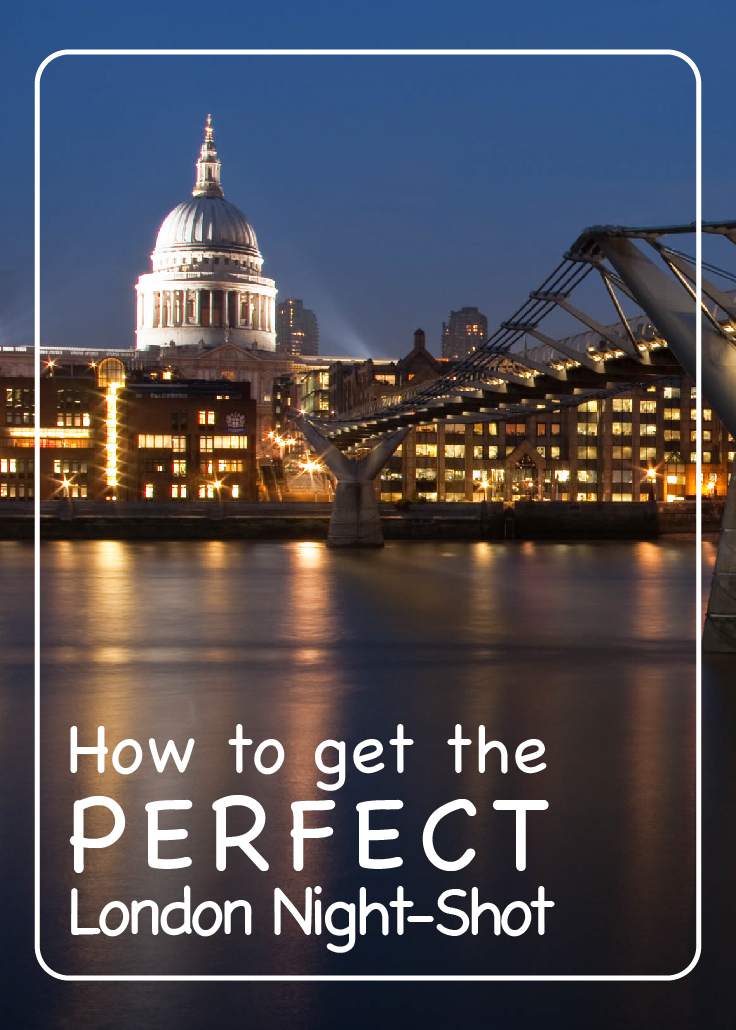 6 thoughts on “How to Get The Perfect London Night Shot”